Amino acid-based formula, for infants from birth to 12 months of age 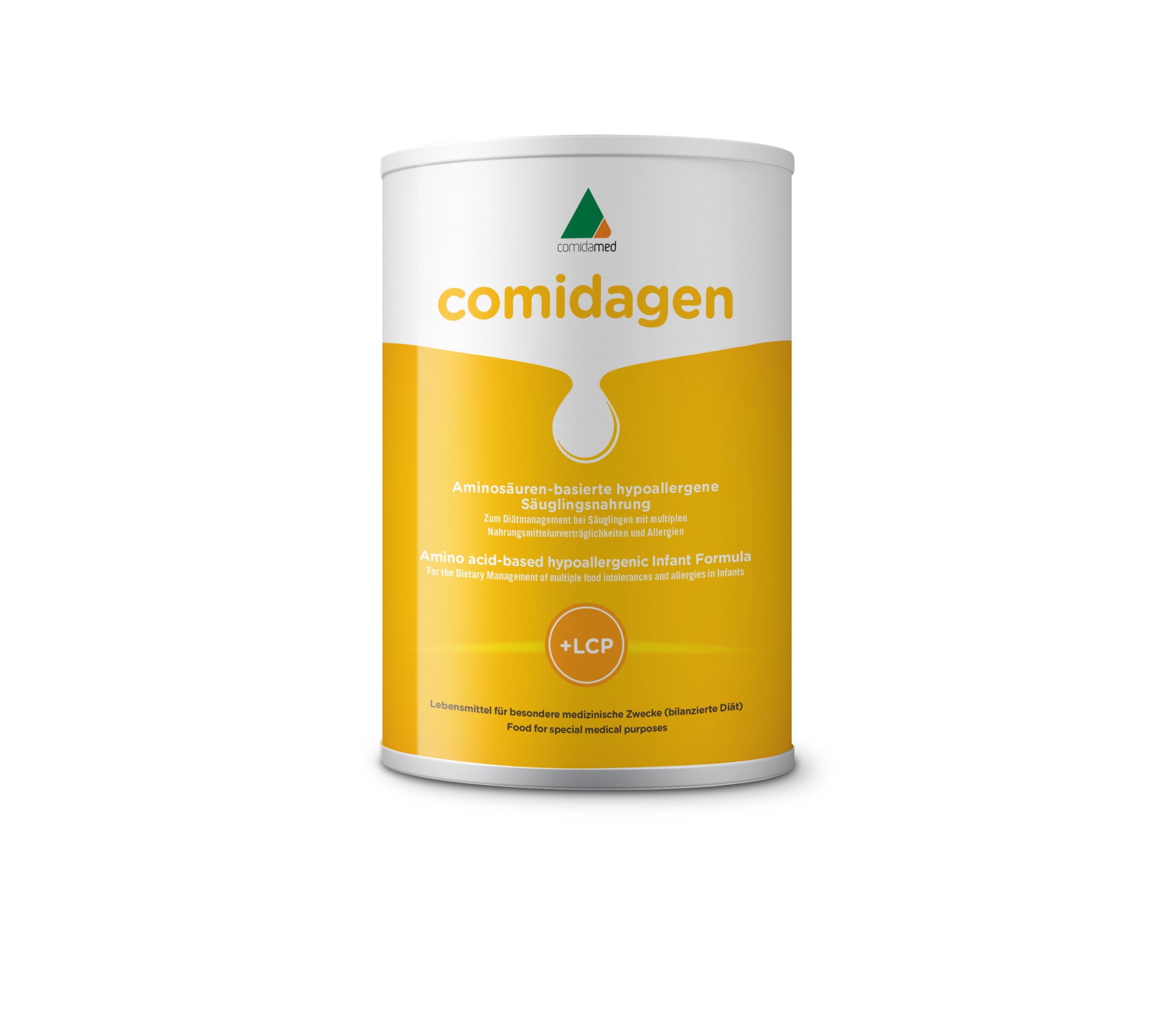 COMIDAGEN is an amino-acid based formula, designed to be used for infants from birth to 12 months of age who have been diagnosed as having cow’s milk protein, or multiple food, allergy. The protein source of COMIDAGEN is a combination of individual (free) amino acids. Amino acids are the building blocks of protein; proteins are chains of individual amino acids joined together called peptides. Peptide chains can be broken down or hydrolysed, to make the proteins smaller and less recognizable by the body. When they are broken down a lot (extensively hydrolysed formula = EHF) they can be given to children with CMA. However, many EHF are based on cow’s milk protein (whey or casein) and some contain small traces of whole milk protein. They are therefore not suitable for infants and children who are very sensitive to small amounts of whole milk proteins. Amino acid-based formulae contain free amino acids only, without any whole milk protein, so they are not recognized by the body. Free amino acids therefore do not trigger an allergic reaction in the body, unlike some peptide feeds. This is why amino acid-based formula are recommended for children with the severest forms of milk allergy, or when a child has several allergies to different foods (called multiple food allergies). They are also sometimes recommended for infants who have developed early atopic dermatitis, have poor growth along with milk allergy (Luyt D., Ball H., Makwana N., Green M.R. et al. Standards of Care Committee (SOCC) of the British Society for Allergy and Clinical Immunology (BSACI). BSACI guideline for the diagnosis and management of cow's milk allergy. Clin Exp Allergy. 2014;44(5):642-72). Other reasons to use an amino acid-based formula such as COMIDAGEN include infants and children who are not growing well despite taking another hypoallergenic formula, e.g. a peptide formula, and those who continue to have symptoms of allergy while taking these formulae.