Organic Acidemias (OA) are a group of inherited metabolic disorders characterized by the accumulation of organic acids in body fluids and tissues. Most OA result from dysfunction of a specific step in amino acid metabolism as a result of enzyme deficiency.

The accumulation of toxic substances and lack of products of the defective pathway lead to the pathophysiology of these disorders.

OA are considered the most frequent inborn errors of metabolism among high-risk populations. Symptoms vary from individual to individual, and may present at different ages.

The affected neonate is usually normal at birth and within the first days of life. The first clinical findings result from the toxic encephalopathy which usually arise as an acute attack within a few weeks of life with symptoms such as poor feeding, vomiting, hypotonia and lethargy. In a milder form of the enzymatic deficiency, the onset of acute episodic symptoms usually occurs within late infancy or even later, with symptom-free intervals between attacks. Furthermore, these disorders can present as a chronic progressive form or even an asymptomatic form. Sometimes, patients with OA present in a critical condition, with eventual death.

Patient prognosis can be much better with early diagnosis and can prevent chronic sequel including developmental delay, intellectual disability, seizures, and failure to thrive. Most of the common OA can be effectively treated. The goal of nutritional therapy is to restrict the offending dietary precursor amino acid and to provide all essential nutrients to promote normal physical and mental development.

comida-OAc are amino acid mixtures free from methionine, valine, threonine and isoleucine, and supplemented with vitamins, minerals and trace elements according to current international recommendations. 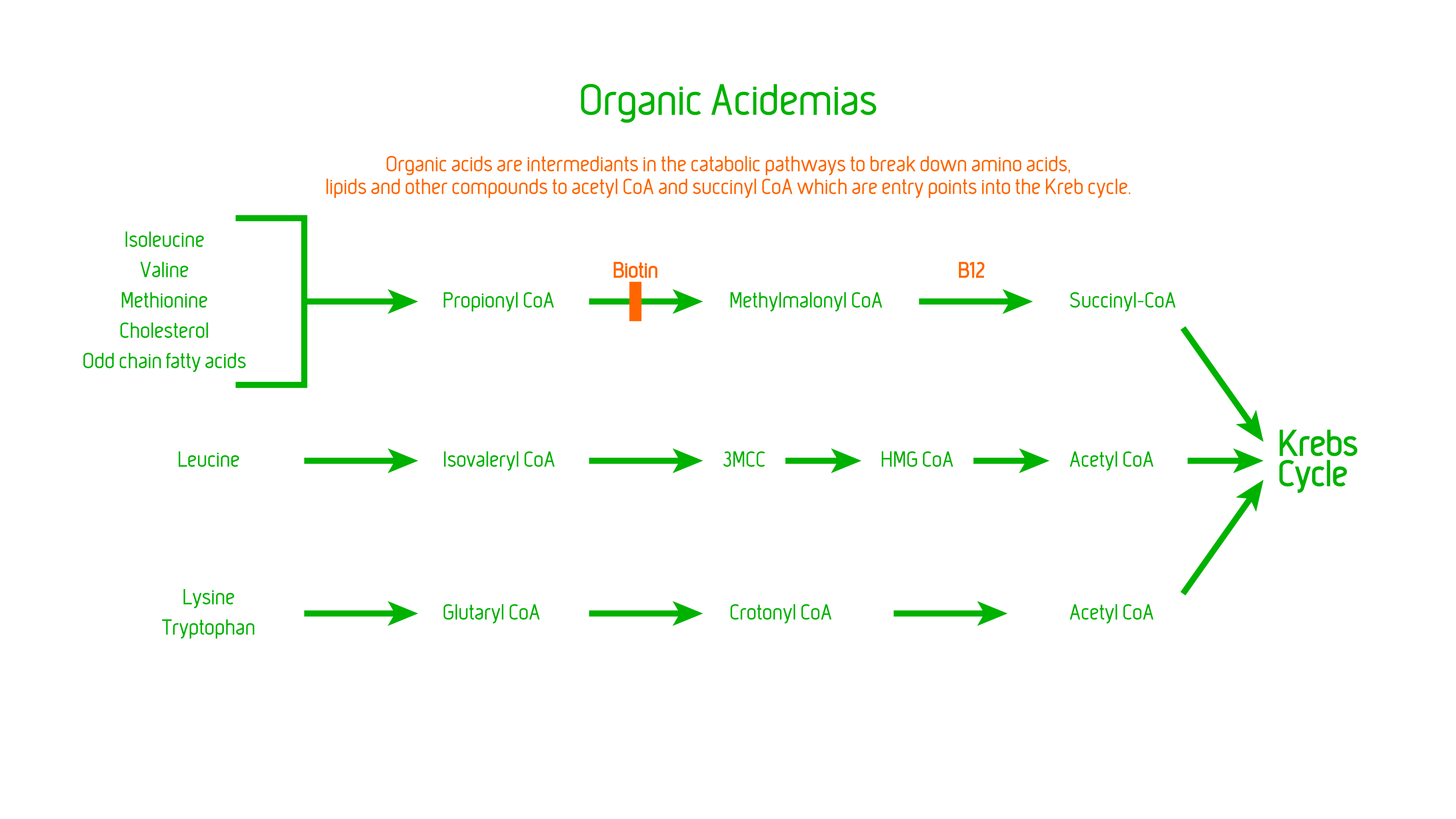